When I first started coaching baseball at Arkansas, I knew our program had the potential to be successful.

But, we weren’t part of a conference.
There were no lights at the field.
And we’d never made the NCAA Tournament before.

If you’d told me when I took that job in 1970 that we’d be drawing crowds of 10,000-plus fans decades later, I’m not sure I would have believed it.

Through the grace of God and thanks to all the great ball players who have come through our program, I’m proud to say that no one does college baseball like the Arkansas Razorbacks. 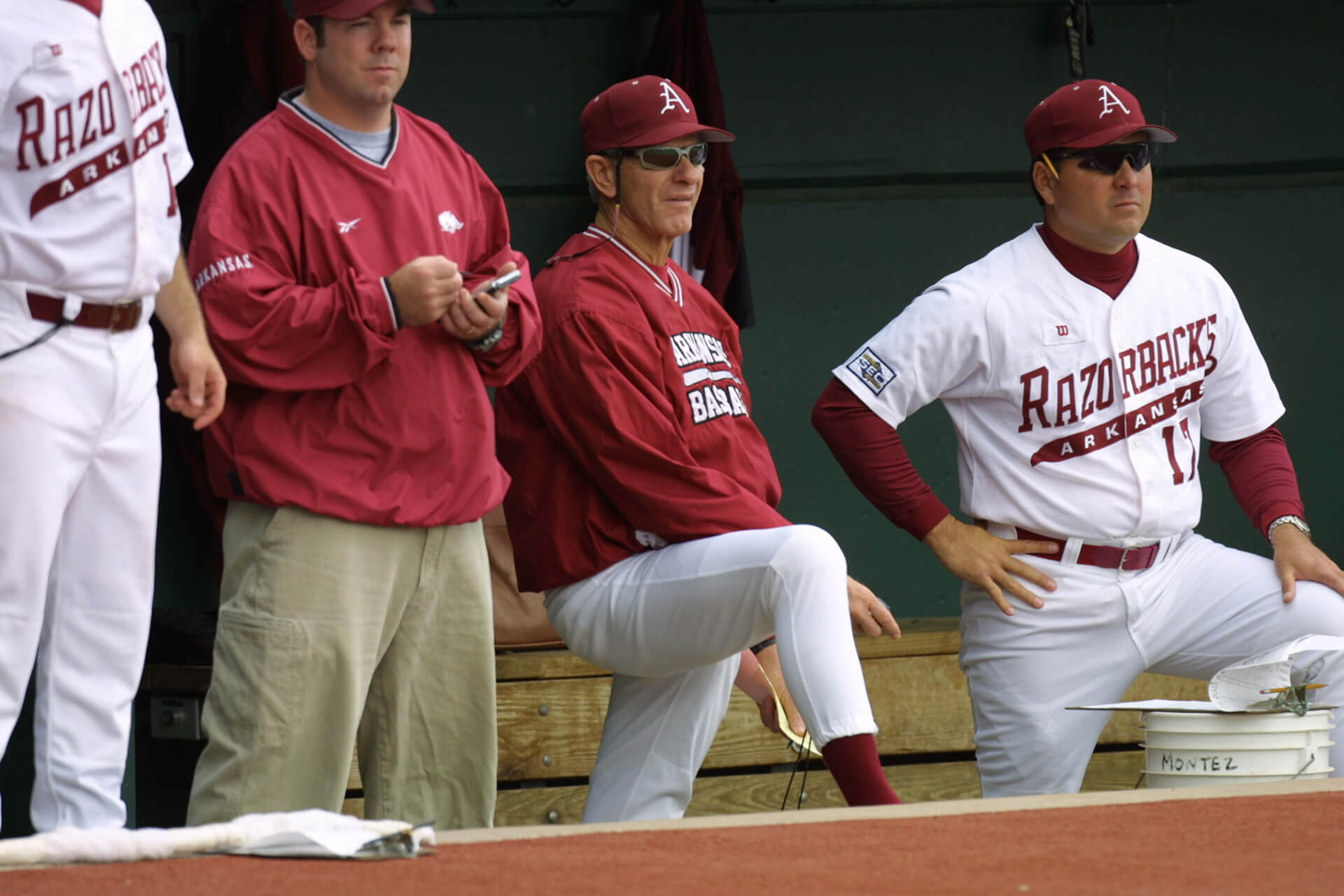 All you diehard Razorback fans might know that we’ve only had two head coaches since I took over in 1970.

After I started my coaching career in Wisconsin and then in Colorado, I moved to Arkansas and took a job in the college of education.

When the baseball program’s head coaching job opened up, I was ready to make it mine.

After some initial back-and-forth, I eventually got the job.
I was excited to get to work and see where I could take this program.

In 1973, just a few years in, we qualified for the NCAA tournament and joined the Southwest Conference a year later. It was an important move as it gave us provided competition every single week.

Those initial steps kind of felt like the foundation, you know? It’s what we needed to truly build a successful program.

In 1979, it felt like this foundation started bearing its fruits.

We had an unbelievable team that year. From Kevin McReynolds to Steve Krueger, Johnny Ray, Ed Wallace, and Ronn Reynolds — that was one motivated group of talented young men.

We eventually made it to our first-ever College World Series appearance, and all you Razorback fans went crazy for it. A local TV station even aired all of our games live, and it was an unforgettable experience to play for a national title.

I thought we had the talent to get it done, but Cal State Fullerton was better.

It was obviously a heartbreaking experience, but at the same time, seeing how far we’ve come in such a short period of time was something to be really proud of. 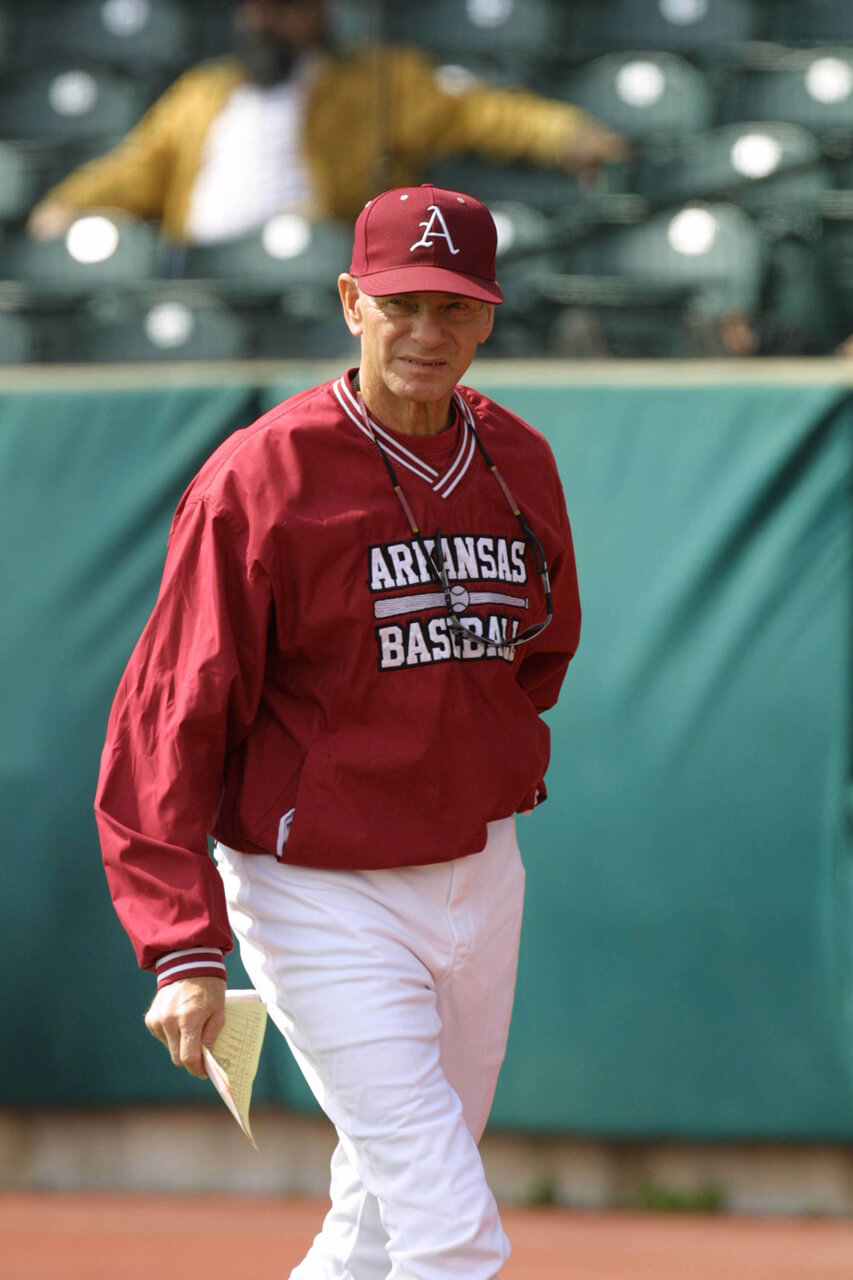 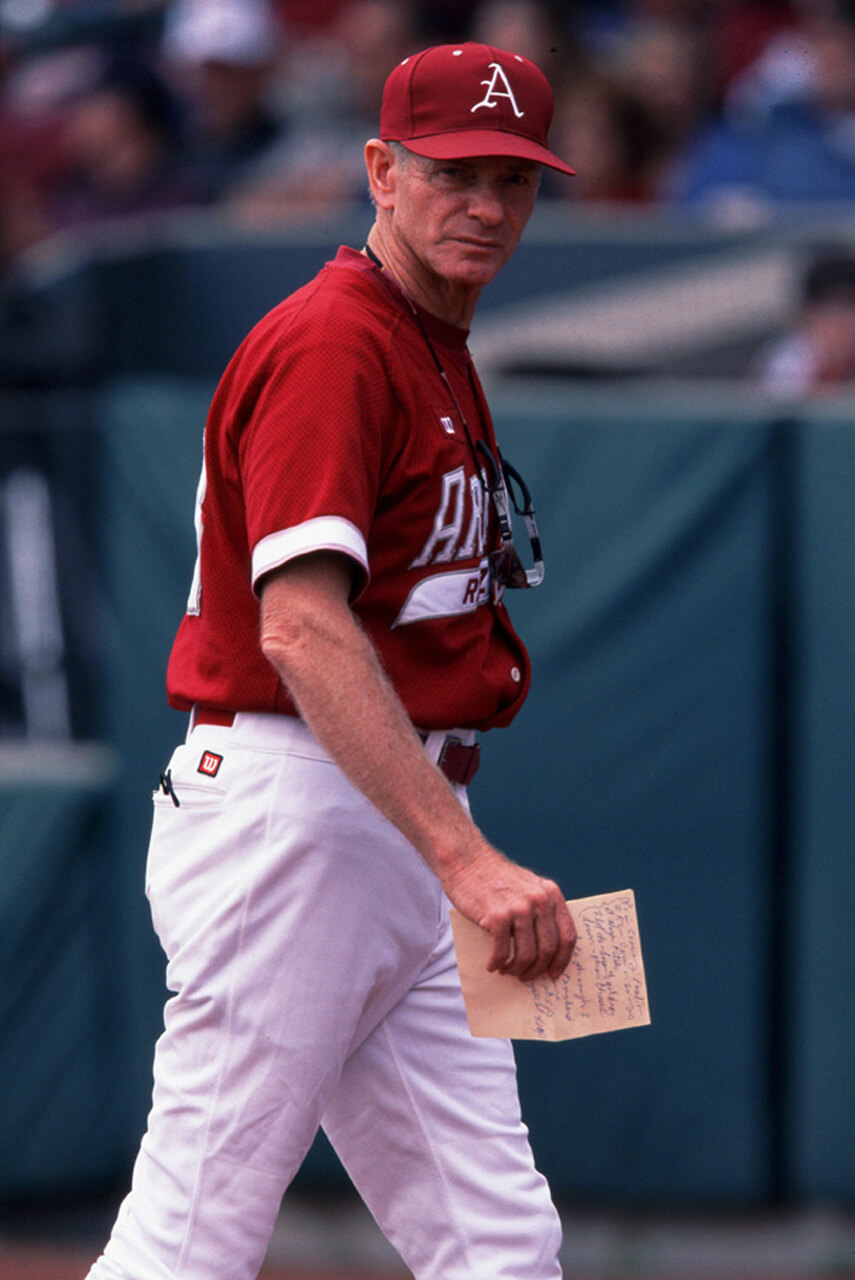 We made it to Omaha three more times while I was the head coach, and each of those trips was special in its own way.

However, after we struggled to win regular season games in 2000 and 2001, I knew the pressure was on. While we did make it to another Super Regional in 2002, something told me that it was time to move on.

I distinctly remember walking across the field in Kentucky on a Sunday morning, realizing I didn’t have the same energy I used to. After 33 seasons, it was clear to me that this program needed a new leader — someone that was 100% invested.

Dave played for me in 1982, and even then, you could tell he’d make a great coach one day. The players listened when he spoke, and it was obvious that he was a gifted leader.

As a coach, he always had a keen eye for talent, so it didn’t surprise me that he forged his own path and led Nebraska to the College World Series in 2001 and 2002.

But, we needed him in Arkansas. Thankfully, Dave saw it the same way.

Those first few years away from coaching, I found myself going to practices just to sit in the stands and see those young men grow into fantastic ball players. I missed growing those bonds with the new players.

But let’s be honest, this is not what I had in mind when I decided to retire. And neither did my family. The transition was certainly not an easy one, but I know it’s what had to be done.

Today, looking back at the growth of the program in the last 20 years, I know I made the right decision.

A lot of that growth led to many additional CWS appearances.

But we all know what happened next.

As much as we all wanted the title for Dave and the players, it’s just how sports works sometimes, right?

Credit to Oregon State for never stop believing — they earned that title.

And no doubt, one day, we will earn ours, too.

I distinctly remember walking across the field in Kentucky on a Sunday morning, realizing I didn’t have the same energy I used to. After 33 seasons, it was clear to me that this program needed a new leader — someone that was 100% invested. Thankfully, athletic director Frank Broyles and I had just the right man in mind — Dave Van Horn.

To this day, there’s no place I’d rather be in June than Omaha.

From Rosenblatt Stadium to the new ballpark, not much has changed about how special the College World Series is to me.

Even when we didn’t make it, I’d still find myself in Omaha most summers. And of course, I’ve been there to cheer on every single one of our Razorback teams that have made it since I retired.

It’s always great to meet old friends and run into people I haven’t seen for years.

It’s also part of my journey as a man of faith.

Since I’ve been ordained as a Catholic deacon, I’m proud to help serve in our on-campus church at Arkansas. And in Omaha, I always go to St. Mary Magdalene up on 19th Street to meet old friends and new acquaintances.

Everyone who’s been to Omaha finds a place, restaurant, or park that becomes special to them – and that’s my spot.

Either way, there’s no doubt in my mind that we’ll be able to break through eventually.

But all of your support and the top-notch coaching throughout our program gives us a fighting chance every year.

Who knows, maybe this is our year.
One thing’s for sure, I can’t wait for those summer nights in Omaha.

Maybe I’ll see you there.