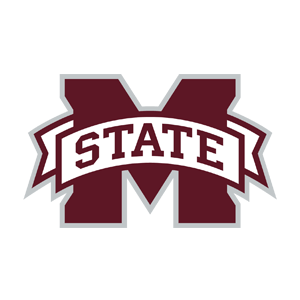 I may have been born in Tuscaloosa, but there’s no doubt about it – Starkville’s my home.

Ever since the legendary Will Clark and Rafael Palmeiro graced the field at Dudy Noble Stadium, I always felt there was something special about Mississippi State.

It may surprise some of you to learn I not only coached against the Bulldogs, but that I actually played against them too when I was a freshman at Birmingham-Southern.

I enjoyed my year at Birmingham, but every time I thought of Mississippi State, I felt something you didn’t see anywhere else in the country – the magic of a college baseball program loved unconditionally by its fans.

That level of support is what drew me to Mississippi State as a player, coach, and now as an administrator. 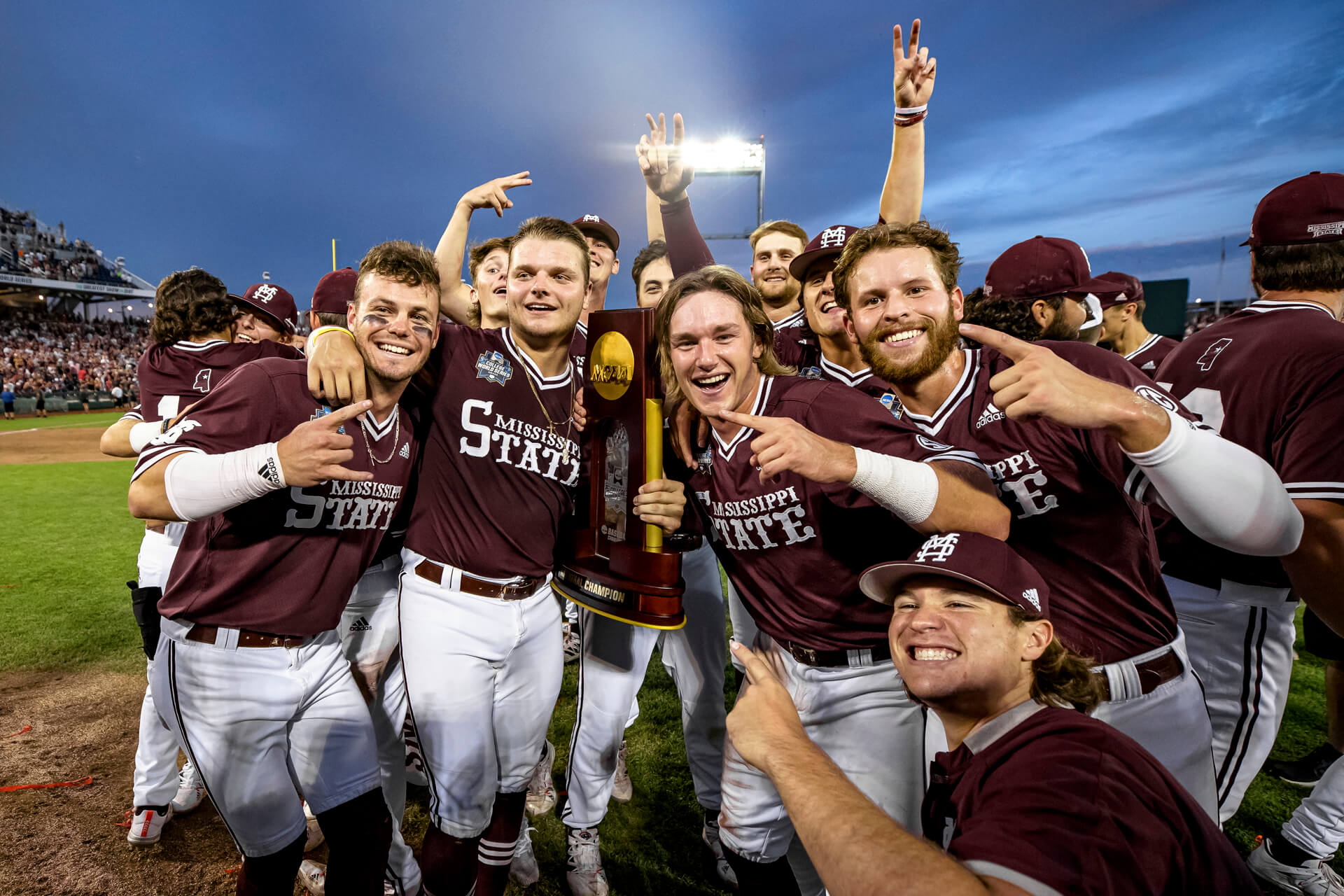 The first time I made it to Omaha was during my senior season in 1990, and if there’s ever a place that comes close to the magic of Dudy Noble, it was Rosenblatt Stadium.

Every step on that infield dirt came with the presence of College World Series legends of the past, so much that you could get goosebumps when you least suspected it.

After our season came to an end, I had no idea that it’d be another 20 years until I was back on the field in Omaha – and how much I’d miss it along the way.

Like all of the great young men who’ve come through our baseball program, I had to find my own path after graduation.

Playing under the legendary Ron Polk gave me plenty of ideas of how to be a good coach, but I never thought I’d make a career out of it. After all, I had a family to support.

With every practice I ran and every third-base line I striped, my love for coaching began to grow. From Missouri to Northwestern State to Florida and Kentucky, every stop along my coaching journey taught me something different.

However, there’s just something special about coming back to your alma mater.

When the Starkville family welcomed me with open arms like I’d never even left, I knew I made the right decision to come home.

My first task at Mississippi State was to improve from one of the worst seasons in program history.

It was time to get to work. 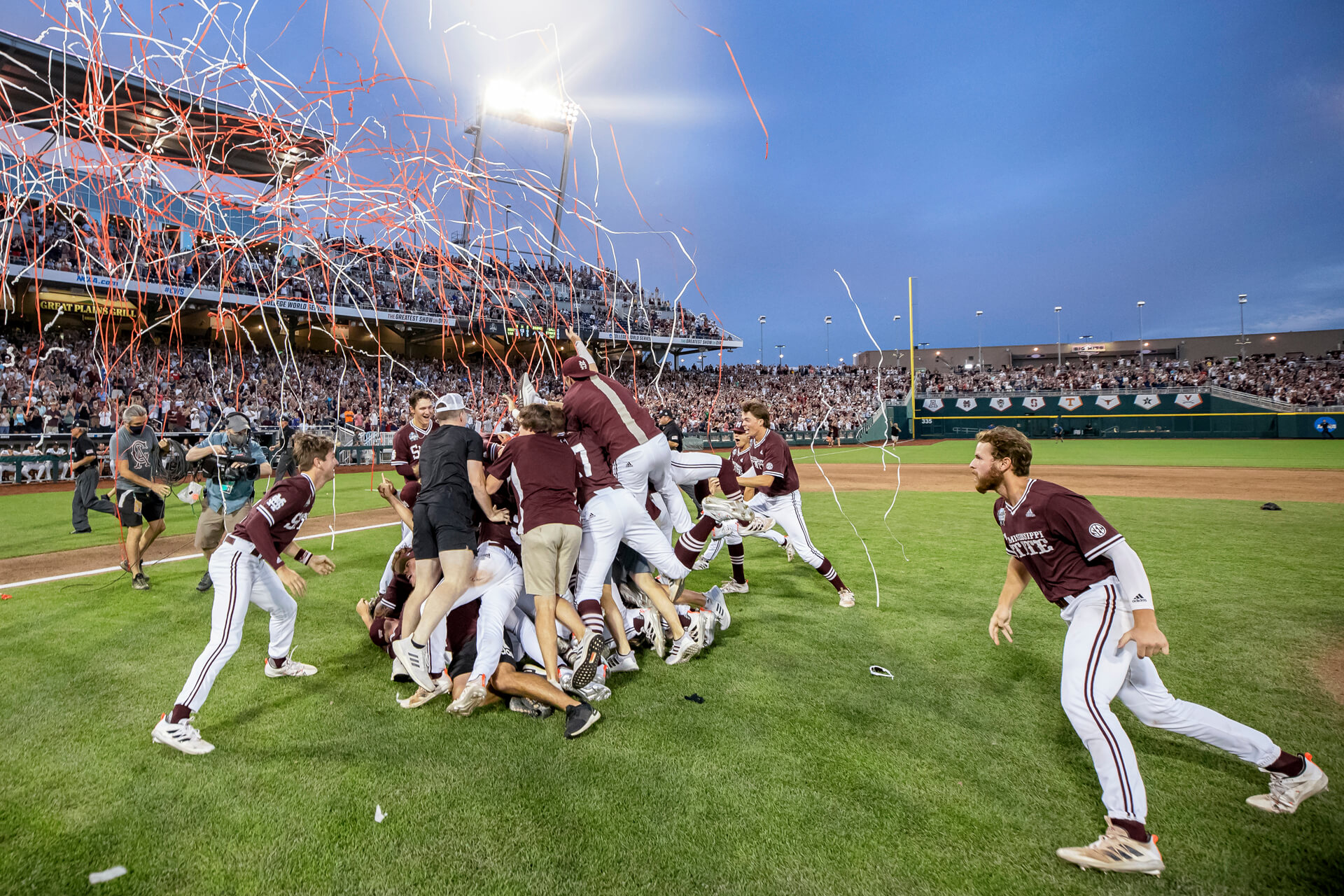 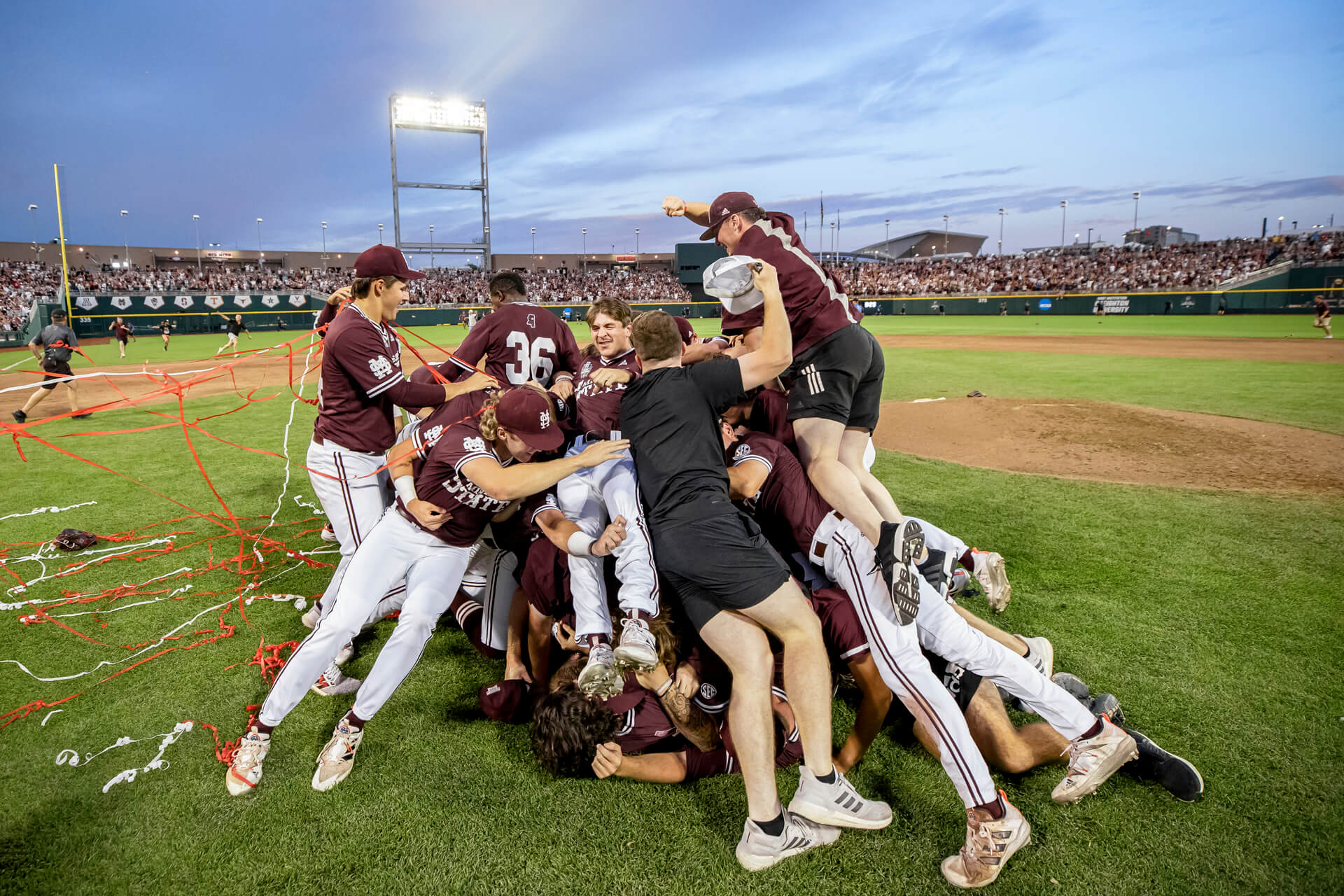 Obviously, the thought of making it to Omaha motivates every single college baseball team throughout the year.

But, I understood that it wasn’t a fast process to bring a program from a last-place finish in the SEC to the pinnacle of college baseball. To do that requires hard work and conviction, not just over a few weeks or months but over several years.

I have a saying that practices are for the coaches and games are for the players, because if you prepare at a high level, that on-field success will come naturally.

We started to see results in my third year, when we made the Super Regionals in 2011 and then when we won the SEC Tournament in 2012.

We finally broke though in 2013 with one of the most talented rosters I’ve ever had the opportunity to coach. That postseason run was something special, and I’ll never forget the support all you Bulldog fans showed when we made the championship series against UCLA.

The lines to even get into the ballpark stretched for blocks around the stadium, and all the chants we’re used to hearing at Dudy Noble rang through TD Ameritrade Stadium instead.

Bulldog nation showed up by the thousands, hoping to see us win the first national title in program history, but we fell short.

Don’t get me wrong, that was a very talented UCLA ballclub that had several future MLB stars on the team. But, it still stung to know we’d been so close to bringing months’ worth of joy to Starkville but came home empty-handed instead.

Over the next three years, we weren’t able to make it back to the CWS, and I realized it was time for a new challenge.

As it turns out, that might be the best decision I ever made.

With every practice I ran and every third-base line I striped, my love for coaching began to grow. From Missouri to Northwestern State to Florida and Kentucky, every stop along my coaching journey taught me something different. However, there’s just something special about coming back to your alma mater. When the Starkville family welcomed me with open arms like I’d never even left, I knew I made the right decision to come home.

Becoming Mississippi State’s athletic director meant I had several other sports to focus on, rather than just putting all my attention on baseball.

However, I knew if there was any man who would lead us back to Omaha, it’d be Chris Lemonis. In my opinion, coach Lemonis has always been a great evaluator and is certainly a great coach in every sense of preparation and performance that you want to see as a fan.

Our 2021 team was definitely one of the most special, talented groups I can remember in school history, but they still had to put in the work to get to Omaha.

And when they did, you fans turned up in the thousands as you always do.

Heck, if they played the College World Series in Antarctica, I’m sure we’d still fill up the outfield bleachers.

Like many of you at home, I spent some of those CWS games pacing around nervously. Sometimes I walked around the outside of the stadium just listening to the radio broadcast, and I’d see hundreds of you maroon-clad fans watching on TV or doing something similar.

But, I had to be inside the stadium for game 3 of our championship series.

The emotion our fans brought to that game was like nothing I’d ever felt before. Our Bulldogs made quick work of a great Vanderbilt team and every run, out, or big moment came with a roar of joy and appreciation from all you Bulldog fans in attendance.

Seeing our team lift the first national title in school history, take a victory lap around the warning track and share in their accomplishment together brought a smile to my face that lasted for months.

That’s because I thought back to my CWS appearance as a player, my title defeat as a coach, and of all the Mississippi State teams before them who had dreams of this moment.

Winning that national championship meant so much to the entire Starkville community, and to all the players who came before the 2021 team.

For every parent, player, coach, administrator, and fan who has cheered on our Bulldogs in the past, this championship was for you.

Perhaps I’ll see you back in Omaha this summer. 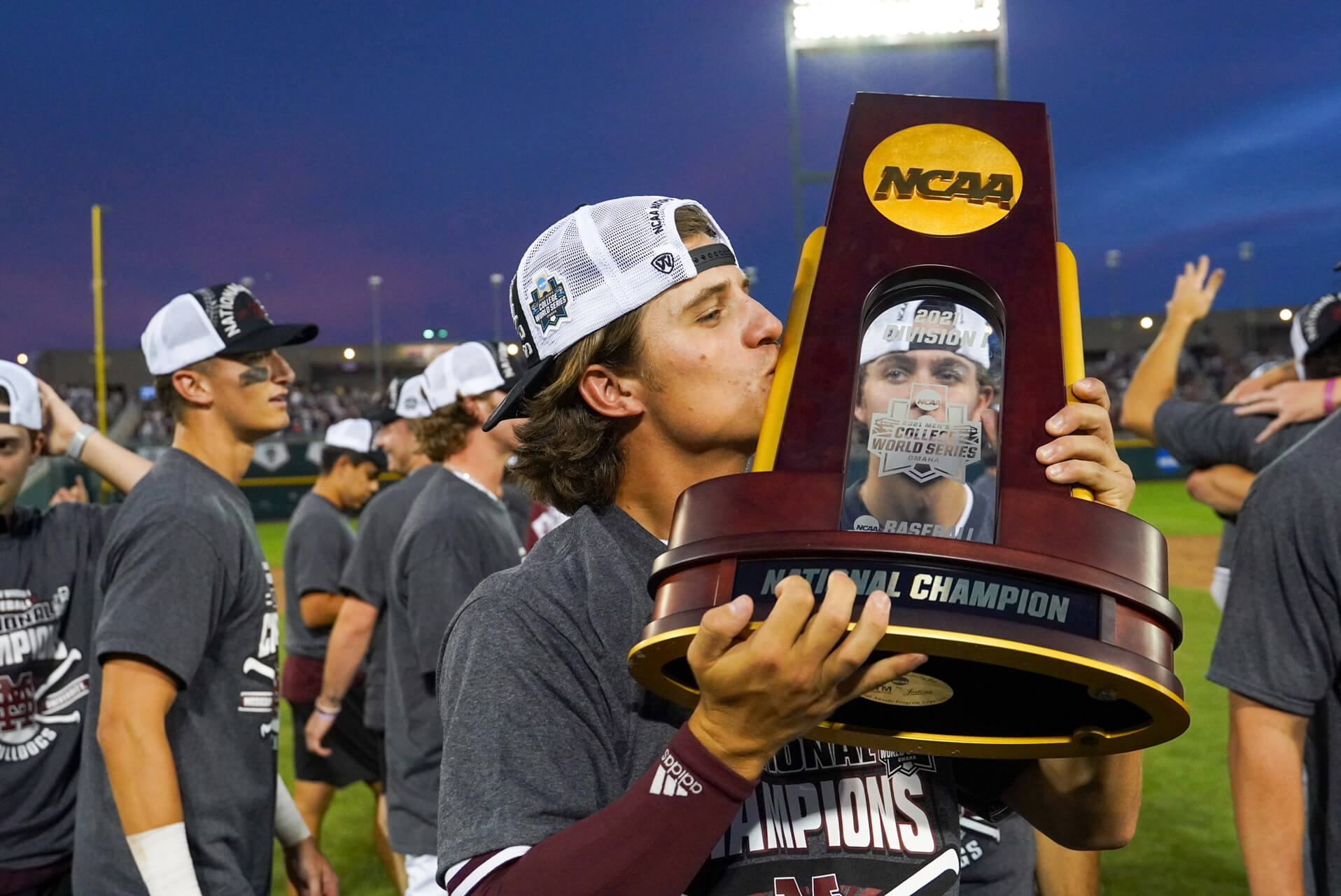 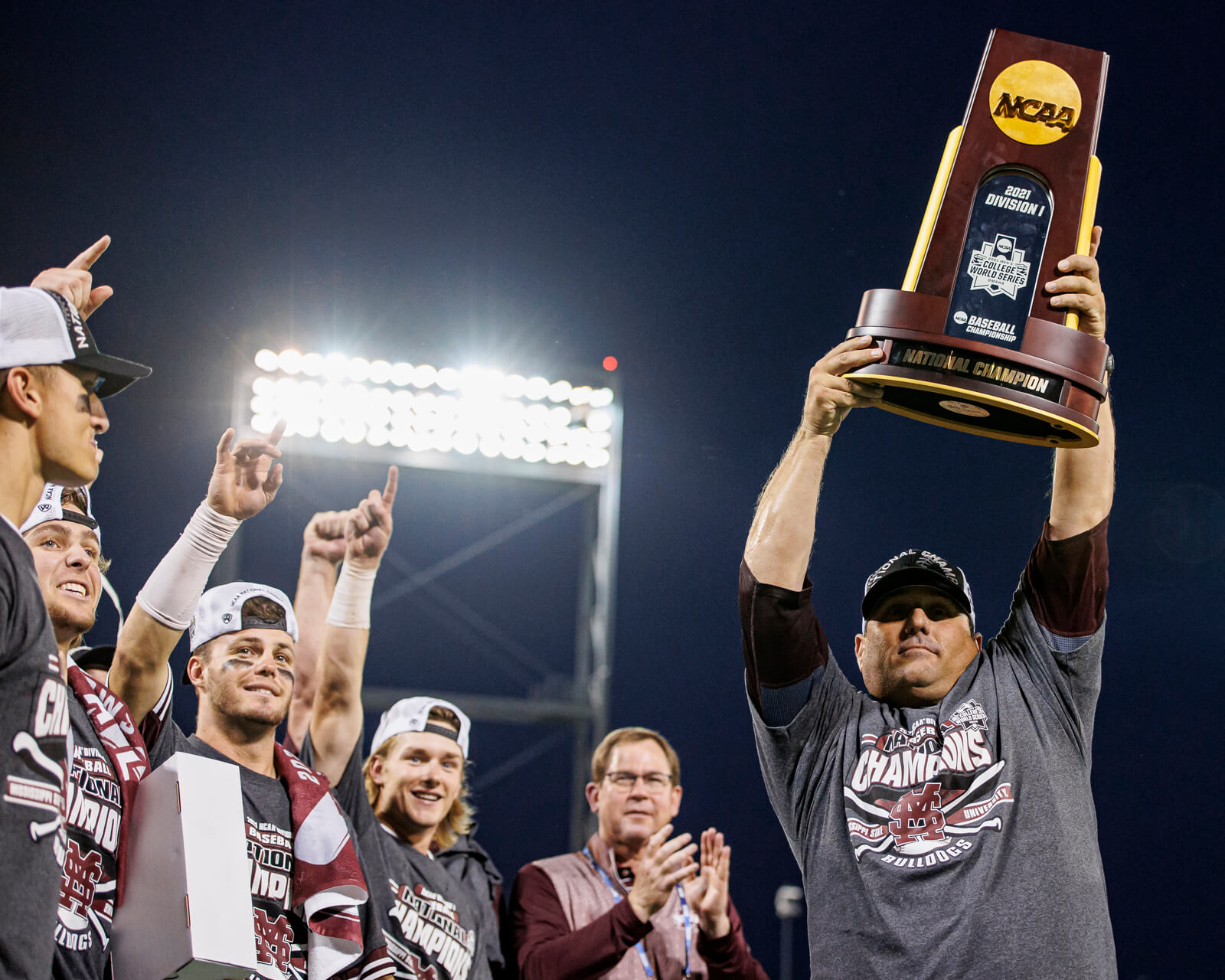